Judith Kaiser grew up and graduated from college in Illinois with a BFA in painting. Upon graduation she moved to Honolulu, Hawaii where she took classes, painted and sold her paintings at the Honolulu Zoo fence every weekend. Since then she has lived in Sarasota, Fl., Honolulu again, and Highlands, North Carolina. She now resides in north central Florida near Ocala. Over the years she has continued to take various classesand workshops as well as shown and sold her work to clients in the Southeastern US and elsewhere.

Although Judith’s style is considered whimsical she also refers to it as contemporary primitive. Her intention is to give viewers, if only for a moment, a glimpse into a more magical world than the one they actually live in.She feels that her work is greatly influenced by her love for Hawaii which she calls “the Home of my Heart” . Her motto is to “Live Aloha (Love)” or at least try to!

She feels that for a creative person to be truly happy and fulfilled he or she must be able to create because Creativity is a Need not a Choice. She strives to continually learn and grow with every brush stroke being grateful for every day she is given the privilege to create. 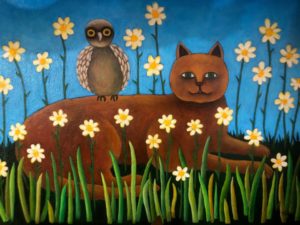 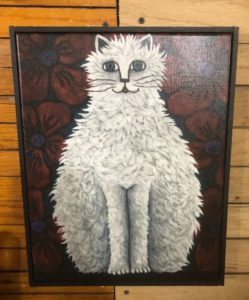 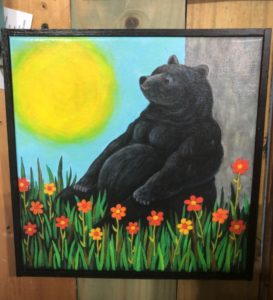